Exploiting natural products from Hops (Humulus lupulus) to suppress tuberculosis; Rafael Baptista, Aberystwyth University
According to the World Health Organization (WHO), TB is the first leading cause of death from an infectious disease worldwide, HIV being the second. Over the past 20 years there has been an emergence of multidrug-resistant TB (MDR-TB) followed by extensively drug-resistant tuberculosis (XDR-TB). MDR-TB threatens global TB control and is a major public health concern in several countries. Globally, 3.6% of new TB cases and 20.2% of previously treated cases are estimated to arise from infection with MDR-TB. These estimates are unchanged from 2011. One molecule from hops (Humulus lupulus), already described as being part of hops’ a- and b-acids family of compounds, was found to have significant activity against M. tuberculosis. The aim of the project is find a new drug against tuberculosis, designed from natural products from hops. Thus, the proposed approach is to (1) isolate, purify and identify a small library of compounds with anti-mycobacterial activity from H. lupulus, (2) discover the target and mechanisms of action associated to their activity, (3) description of a pharmacophore model of a- and b-acids against the target and (4) synthesis of new and more active anti-mycobacterial molecules from the constructed pharmacophore model. This project started in October 2015 and a library of very promising compounds, from H.lupulus, with anti-mycobacterial activity is currently being constructed. 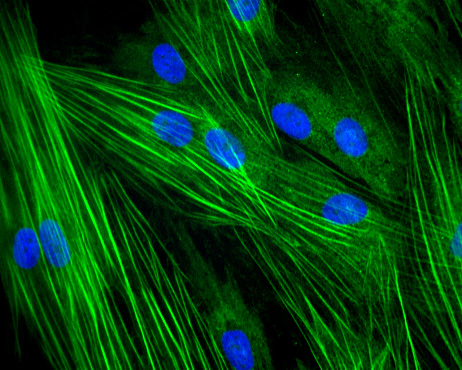 The role of DNA repair in resisting treatment with gemcitabine and other nucleoside analogues; Lennart Bockemeier, Bangor University
The cancer drug Gemcitabine, a nuceoside analogue, kills cancer cells by inhibiting their replication. The Hartsuiker laboratory at the Bangor North West Cancer Research Institute has identified and analysed various DNA repair pathways which resist Gemcitabine treatment by removing it from the DNA; these pathways are frequently inactivated in cancer cells. The research will allow us to tailor the choice of drugs to genetic defects in cancer cells and guide the use and development of small molecule inhibitors to exploit synthetic genetic interactions between redundant repair pathways.

Computer-aided design and synthesis of novel anti-DENV nucleoside analogues; Cecilia Cima, Cardiff University
The infection with Dengue virus, a pathogen transmitted by mosquito bites, causes hundreds of thousands of hospital admissions and over 20,000 deaths every year. Although infections typically occur in tropical and subtropical countries, seasonal outbreaks are reported every year in temperate climate areas of the USA and Southern Europe colonised y the Asian tiger mosquito. Additionally, the dramatic increase in the number of reported cases in the last decade as well as the recent emergence of the closely related Zika virus have raised even greater concern. Our research, in collaboration with the Henson Research Foundation, aims to develop an antiviral agent against Dengue virus to address the current lack of specific therapies. We have designed and prepared novel compounds that are tested for their antiviral activity in cell-based assays and by our collaborator Dr J.J. Bugert at the institute of Microbiology of the Armed Forces Medical Academy in Munich. One of our compounds has inhibited the replication of Dengue as well as Zika virus. The result has provided us with a promising starting point in our quest for the first cure to Dengue and related diseases. 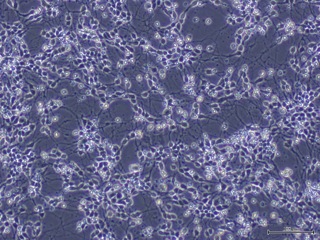 Towards validation of an immune suppressor protein from liver fluke as a drug target; David Cutress, Aberystwyth University
NRN funding has established a new research collaboration between Cardiff University Chemistry Department and IBERS Aberystwyth that should lead to further funding opportunities and progression of new compounds to screen for activity against a novel drug target from the global liver fluke parasite of livestock and humans.  The NRN funding has supported a GCRF- BBSRC application as part of a large international research collaboration with scientists in the UK and India.  BVGH are sourcing prostaglandin synthase inhibitor libraries from Pfizer and other companies and seeking collaborations with scientists screening compounds for other tropical worm diseases.

Antisense Peptide – PNA conjugates as novel therapeutics for neutralising antibiotic resistance; Brekhna Hassan, Cardiff University
This project has succeeded in synthesising peptide PNA’s to sensitize the antibiotic resistance strain to carbapenem antibiotic. Collaborations have been established with Copenhagen, Limoges and France during this project. As a result, publications are currently being drafted for submission to key journals. 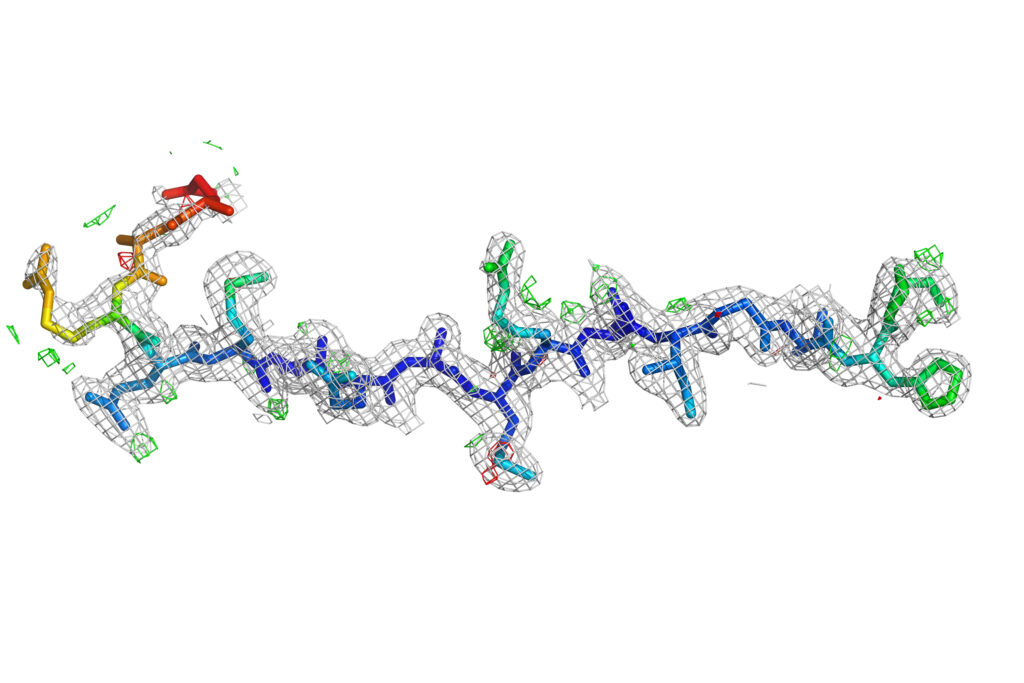 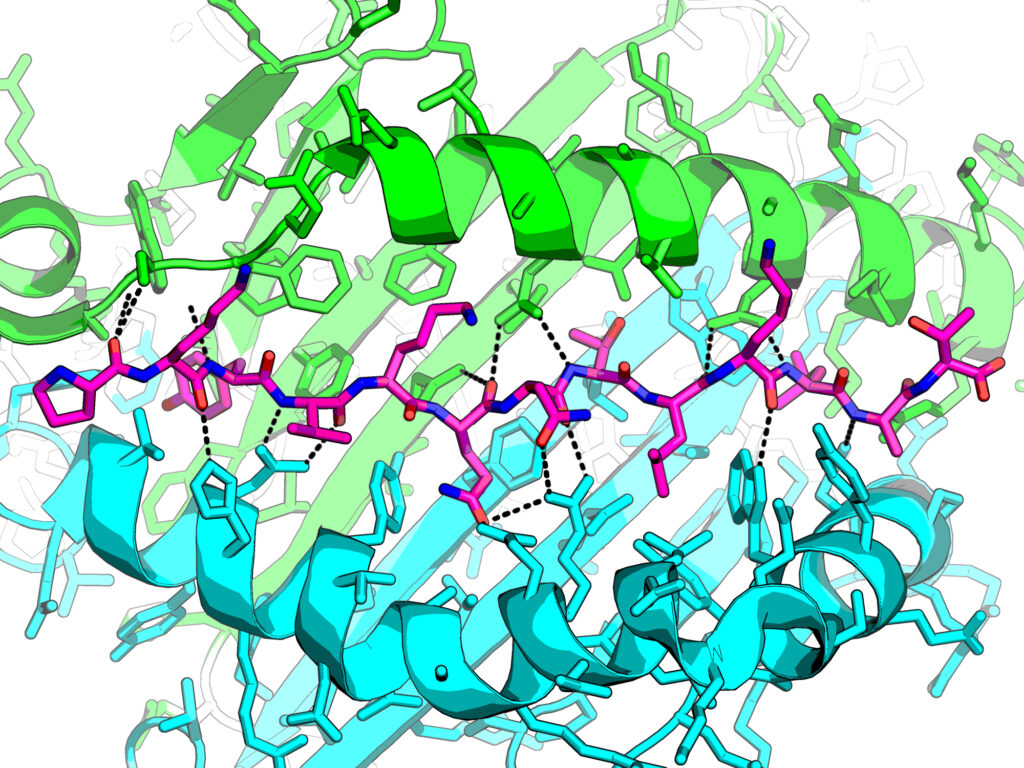 Biological evaluation of [L] ddBCNAs as novel cell-targeting antivirals; Rohan Narayan, Cardiff University
This project is initiating a new collaboration with Dr Joachim Bugert’s lab at the Bundeswehr Institute for Microbiology in Munich. The research work in Professor Arwyn Jones’ lab has focused on characterisation of the effects of the CF2642 on the endolysosomal network. Experiments will be repeated in the presence of live Measles virus at the Bugert laboratory. The drug is also being tested against other viruses and so far, there have been promising results with Zika and Dengue viruses. The project is also forging a new collaboraiton with Dr Veronika von Messling at the Paul-Ehrlich Institute in Langen, Germany to procure expression vectors for measles virus Hemagglutinin and Fusion proteins.

Structure-based design of human P2X4-selective small-molecule modulators, Gaia Pasqualetto, Cardiff University
P2X receptors are a family of ATP-gated cation channels involved in neurotransmission, innate immunity and inflammation. Despite the rising interest in P2X receptors as drug targets, no selective drug has yet reached the final stage of clinical trials. The project has so far led to the identification of a human P2X receptor small molecule modulator ‘hit’ through a structure-based screen. An early-stage characterisation of the compound has started and will be followed by testing on a pathophysiologically relevant cell model. P2X receptors are involved in inflammatory diseases including neuropathic pain and arthritis; conditions which are currently treated and managed poorly, and which affect more than 10 million people in the UK alone. The development of new selective P2X receptor modulators could lead to treatments for these unmet medical needs.