Anti-inflammatory calpain inhibitor leads; Professor R Allemann (PI), Cardiff University
Current treatments for inflammatory diseases such as rheumatoid arthritis are generally unsatisfactory in that they are either ineffective – treating symptoms and not halting disease progress – or expensive and/or unpleasant for the patient.  The overall aim of this project is to develop a simple pill for the effective treatment of such diseases through the development of small molecules that prevent the action of an enzyme called calpain-1.  This enzyme is involved in the process, by which white blood cells migrate from the blood stream to sites of damage to healthy tissue, and hence oral calpain-1 inhibitors will potentially prevent inflammatory disease progression in an inexpensive and non-invasive manner. This project aims to further develop these compounds with the general aim of retaining calpain-1 inhibition potency but also to make the potential drugs stable within human cells.  Two series of compounds were envisaged – compounds that can be termed ‘diselenides’ and ‘aryl enamides’ respectively.  The diselenides show great promise in fulfilling the criteria established and they are potent calpain-1 inhibitors that are stable to the conditions within a cell.  Aryl enamides proved to not be calpain-1 inhibitors, instead being, in fact, activators of its action.  This is a positive and serendipitous result since calpain family enzymes also have other important biological roles and may be, for example, anti-cancer targets.  These two series of compounds should allow to both tune up and tune down calpain-1 activity within living cells, which could have be enormous potential impact for medicine and cell biology. NRN funding has provided preliminary results sufficient for a more substantial grant application to the RCUK.

Identification of new folate receptor α binding peptides for targeted cancer therapies; Dr Alan Parker, Cardiff University
Scientists at Cardiff University have successfully identified peptides that bind to the folate receptor alpha.  This receptor is widely upregulated in ovarian cancer, and the identified peptides may pave the way for a new generation of tumour targeted drugs or virotherapies.  The scientists have demonstrated the selectivity of these peptides and they are seeking to patent them for targeted delivery applications. In addition, they have been awarded a further £50k research impact award by NRN to further develop the means to link these peptides to anticancer drugs and viruses. 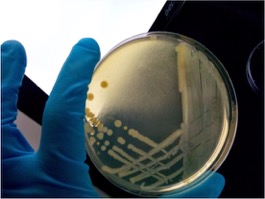 The design, synthesis and evaluation of novel agents acting in the Central Nervous System; Dr Fabrizio Pertusati, Cardiff University
An estimated 2,500,000 people in the world are diagnosed with Multiple Sclerosis (MS), where the immune system, which normally helps to fight off infections, mistakes myelin for a foreign body and attacks it. This damages the myelin and strips it off from the nerve fibre, either partially or completely, which disrupts messages travelling along the nerve fibre – it is this nerve damage that causes the increase in disability that can occur over time. Physical symptoms of MS might commonly include vision problems, balance problems and dizziness, fatigue, bladder problems and stiffness and/or spasms. A recent breakthrough in multiple sclerosis treatment is Fingolimod, which was approved by the FDA as the first oral disease-modifying agent for MS. A key aspect for this proposal is the fact that in vivo, fingolimod is phosphorylated by a specific enzyme into Fingolimod-monophosphate FTY720-1P, which is the pharmacological active species. The Protide approach, developed by Professor Chris McGuigan, has been very successful in the delivery of drugs monophosphate into the cell, thereby improving the activity of the parent drug. It was then natural to apply this successful technology also to Fingolimod. NRN funding has enabled the development of this work and the successful synthesis of several examples of fingolimod ProTides (almost 50 different structures) and more importantly, to demonstrate that all our molecules are capable of delivering the fingolimod monophosphate when incubated with neuronal cell matrix. Another key achievement of this project is the stability of some of these compounds in human plasma. This is of pivotal importance in the design of a drug with good chance to reach the market.

Optimising cellular uptake of enzyme/gold-coated magnetic nanoparticle conjugates; Dr Chris Gwenin, Bangor University
This project is in collaboration with the University of Auckland and aims to overcome some of the current limitations of treating certain types of cancer.  Currently the targeting of tumours using this type of treatment does not specifically focus on the tumour itself but is delivered to the entire body, which means that healthy cells are also harmed, causing side effects.   This new method delivers gold-coated magnetic nanoparticles directly into the tumour via a focussed magnetic beam.  The nanoparticles contain enzymes that are capable of converting the low toxicity chemo agent into the chemo drug needed to kill cancerous cells. NRN funding has helped to form strong collaborations with both Swansea and Cardiff Universities and has benefitted from further funding from the Knowledge Economy Skills Scholarships KESS II scheme.

A rapid point of care system to manage/monitor drug treatment in therapeutically relevant mycobacterial infections; Dr Chris Gwenin, Bangor University
This project monitors the effective use of drug treatment in therapeutically relevant mycobacterial infections and the detection of Buruli Ulcer (BU), which is caused by Mycobacterium ulcerans. Early detection will allow appropriate treatment. There is currently no point-of–care (POC) sensor available and clinically it is often confused with a boil, and subcutaneous fungal infections. The current treatment for BU involves an 8 week course of antibiotics (Rifampicin and Streptomycin), and unnecessary drug use increases drug resistance to Rifampicin, not to mention the health effect on the patient. Bangor has been working with Swansea University, Liverpool Centre For Tropical Diseases and a local SME Diagnostig, who have obtained continuation funding from the TSB.

In Vivo Imaging of Tau Distribution in the Brain, Dr Chris Marshall, Cardiff University
The two biomarkers of Alzheimer’s Disease are beta amyloid and tau. Until recently, the only way to measure the presence of these biomarkers in the brain was at post mortem. With the completion of this project, PETIC will have the capability to image, quantify and monitor the levels of these markers in the brain. This will be invaluable in enabling earlier diagnosis than currently possible, monitoring disease progression and assessing the effectiveness of novel therapies in the disease. 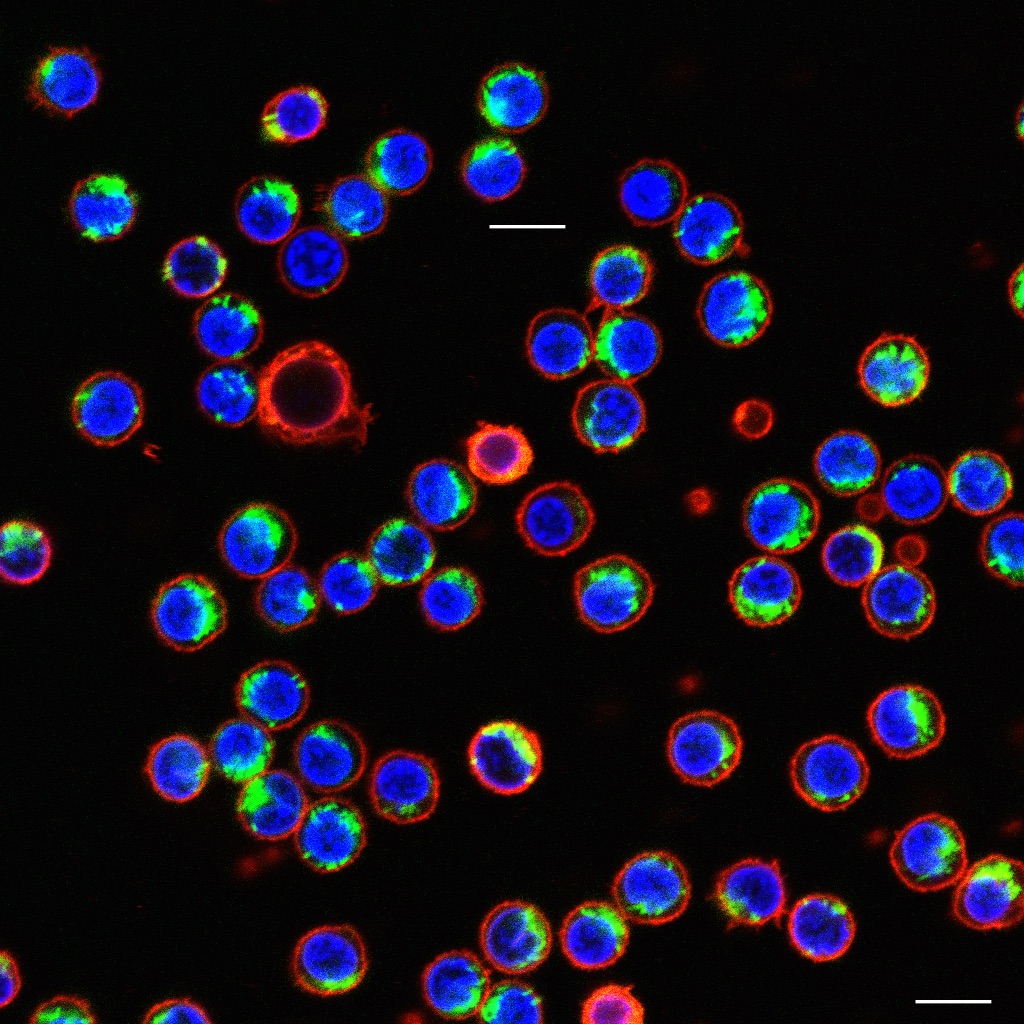 Lytic transglycosylases – a potential Achilles’ heal for antibiotic-resistant bacteria?; Dr J Loveridge, Cardiff University
This work has led to the sequencing of the genome of a bacterium that produces antibacterial and antifungal compounds and to further successful funding applications to identify these compounds. This has led to a collaboration between Dr Loveridge and Professor Mahenthiralingam. The successful preliminary work, funded by Sêr Cymru is being continued by an overseas-funded Ph.D student and a Sêr Cymru funded postdoctoral researcher.

Characterisation of novel antimicrobial peptides from the rumen eukaryotome; Dr S Huws, Aberystwyth University.
Antimicrobial resistance (AMR) emergence is a serious threat to the effective cure of the throng of infections that we are exposed to. Multi-drug resistant illnesses result in higher healthcare costs and mortality for illnesses that would have been simple and straightforward to treat. This NRN project builds on previous work towards tackling this problem and aims to develop novel antimicrobials to combat the serious life threatening challenge of treating drug resistant bacterial infections. The aim of this project is to characterise these novel antimicrobials and to know which ones are promising by treating them against a wide range of pathogens for eventual testing in preclinical mouse infection trials. 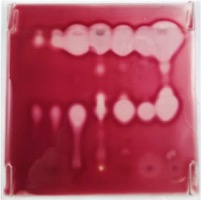 All Wales Cellular Bioenergetics Analysis Platform; Professor C Thornton, Swansea University
An example project being run by this platform is the role of allergy-promoting mediators in regulating cellular metabolism of eosinophils, a type of cell found in blood and tissue with a central role in causing allergy symptoms. Each mediator promotes a unique metabolic profile within these cells. This provides an explanation for the biological effects of each of these mediators and offers druggable targets. Computer based drug design approaches are being pursued. Also, the Platform has helped secure a H2020 RISE award of $85,500.

Targeting αB-crystallin (CRYAB): A possible novel strategy to impede triple-negative breast cancer growth, Dr J Cai, Cardiff University
This projects aims to identify a novel strategy for the treatment of triple-negative breast cancer (TBNC), which is one of the worst forms of breast cancer for younger age patients (under 40 years old) and currently lacks an effective therapy. In this collaboration between MEDIC and PHRMY at Cardiff University, scientists have identified two lead compounds, which have the potential to become new therapeutic drugs. Further tests are ongoing.